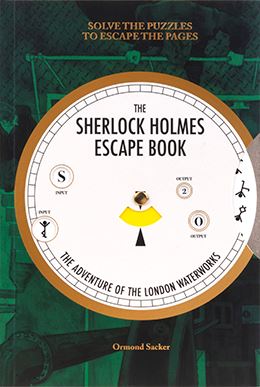 This innovative new title is the first in a series of Escape Books: a unique, new form of puzzle book, in which the reader must solve the puzzles to escape the pages. Inspired by the urban craze for Escape Rooms, where players tackle challenges while trapped in a locked room, this is an Escape Room in the form of a book: filled with codes, ciphers, riddles and red herrings, plus an ingenious Code Wheel set into the cover.

Taking on the role of Sherlock Holmes, readers find themselves caught in Professor Moriarty’s fiendish trap after being lured to the London Waterworks. They must find the messages hidden within the pages; plot routes through timed challenges and mazes; search for clues in the illustrations; and use the Code Wheel to decipher the secret code of the mysterious Dancing Men. Their ability to solve the many puzzles will determine their route through the book. Only by unravelling the story and collecting the hidden clues will they discover the key to their freedom. 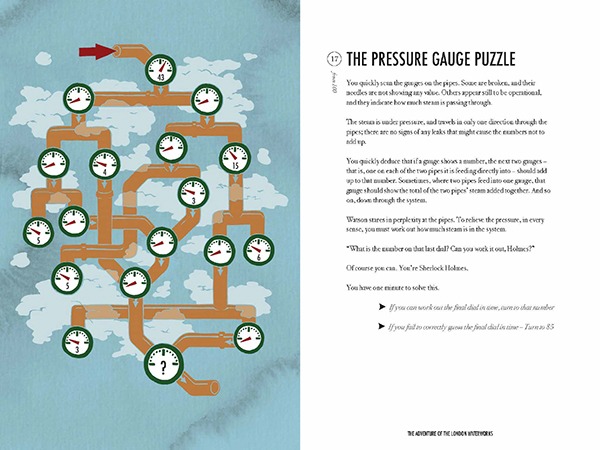 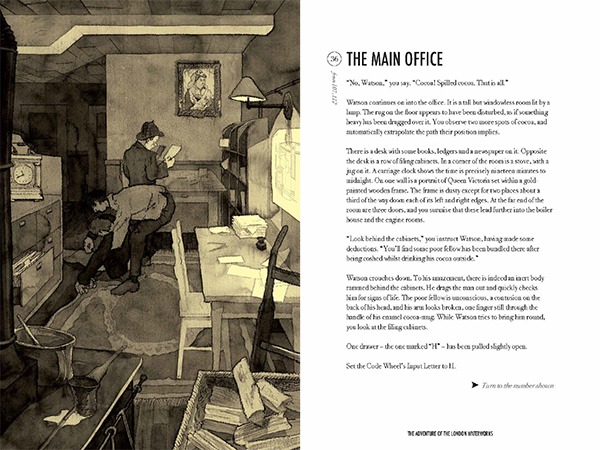 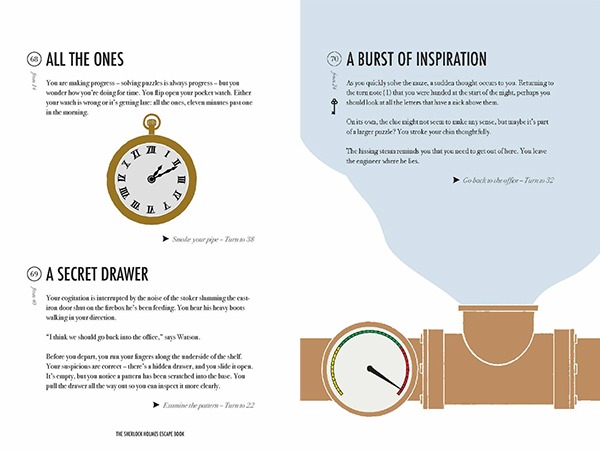 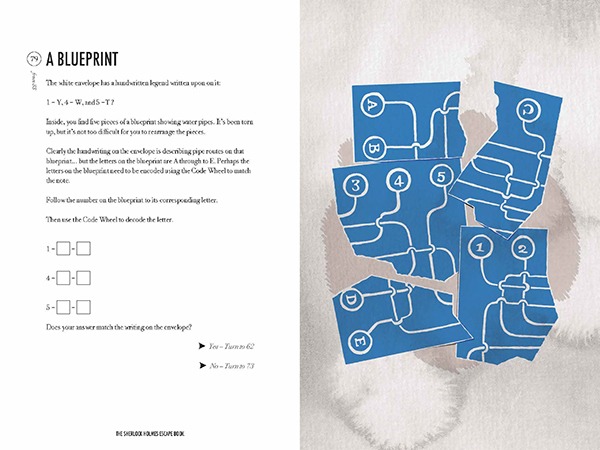 Ormond Sacker
Before writing puzzle-based books, Ormond Sacker served as note-taker and assistant to a London-based consulting detective, a role he held until being controversially superseded by a more qualified and less strangely named replacement. As a young man, Sacker studied medicine at St Bartholemews before joining the British Army, where he was attached as a surgeon to the Berkshire Regiment of Foot. It was specifically feet that led to his dismissal, following an odd number (both in quantity and circumstance) of amputation errors. To this day he stands by his assertion that "left" and "right" are subjective terms that depend upon which end of the table one is standing. His military training, international travels, and experience of curious crime, together with an intimate relationship with the works of Sir Arthur Conan Doyle, have given him a unique view of the world. Such a character is clearly the ideal author of a book of Holmes-based conundrums and problems. Ormond Sacker is sometimes mixed up. At such times he is no card smoker, and lives in cranked rooms.