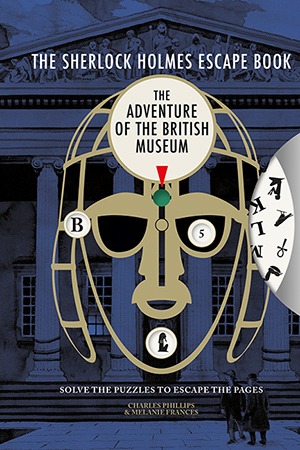 This is the second title in a series of Sherlock Holmes Escape Books: a unique, new form of puzzle book, in which the reader must solve the puzzles to escape the pages. Inspired by the urban craze for escape rooms, where players tackle challenges while trapped in a locked room, this is an escape room in the form of a locked book: filled with codes, ciphers, riddles and red herrings, plus an ingenious Hieroglyphic Code Wheel set into the cover. Taking on the role of Sherlock Holmes, in this new adventure readers find themselves trapped with Watson in the Enlightenment Gallery of the British Museum after a curator collapses in the Egyptian Collection. With King Edward VII due to arrive at the nearby tube station, and rumours of an anarchist plot, Holmes and Watson must find their way through the museum, and fathom the involvement of both Mycroft and Colonel Sebastian Moran, if they are to win their freedom and save the day. 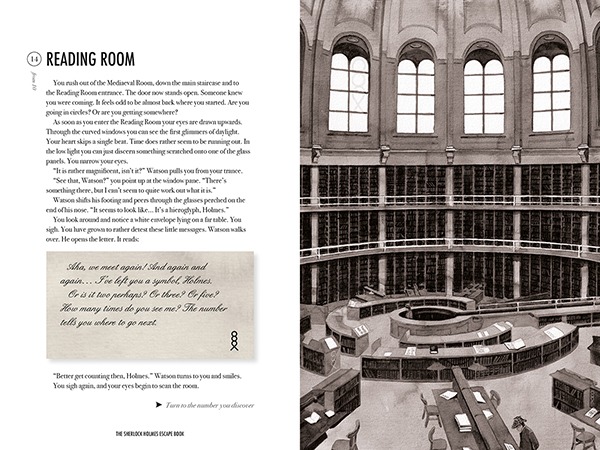 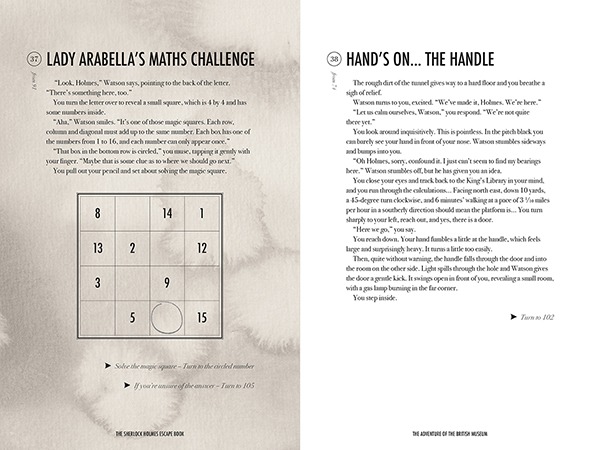 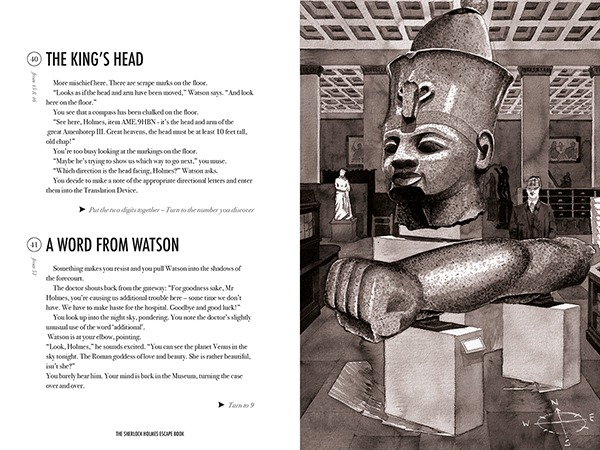 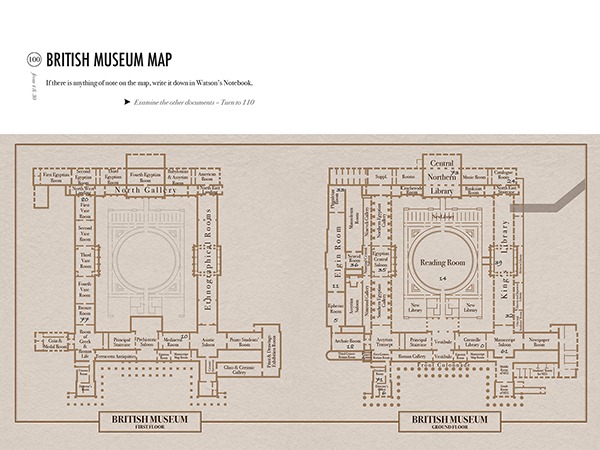 Charles Phillips & Melanie Frances
Frances & Phillips are a puzzle-writing team with a reputation worthy of 221B Baker Street. Melanie Frances specialises in developing interactive stories featuring games and puzzles. She is Co-Artistic Director of interactive, digital arts organisation Produced Moon, with whom she has created a range of immersive and interactive experiences, including escape rooms and app-based audio adventures. Charles Phillips is the author of more than 40 books, and his How to Think puzzle series sold more than 1 million copies and was translated into 18 languages. He is the editor of Biographic: Sherlock (Ammonite Press, 2018). They both live in London.