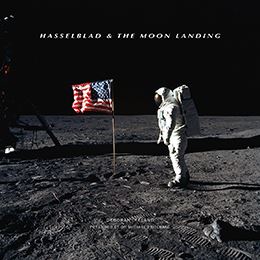 On 20 July 1969, as part of the Apollo 11 space program, Neil Armstrong and Buzz Aldrin became the first people ever to set foot on the Moon. Their iconic ‘small steps’ were captured forever by the camera the astronauts carried with them: the Hasselblad 500EL. The remarkable images taken with this camera provide an enduring record of one of humankind’s most extraordinary adventures: but the development of the camera involved a ‘great leap’ in technology that lasted almost as long as the space program itself.

The Hasselblad & The Moon Landing looks at the history of the Apollo 11 mission through the lens of the Hasselblad, while narrating the parallel tale of the challenge to create a camera that could work on the Moon. It considers the cameras used, and the photographs captured, during the Space Race between Russia and America; looks in detail at the experience of taking photographs on the Moon for the first time; and reflects on the processing, preserving and legacy of those images, and the part they play in the enduring conspiracy theories that claim the Moon Landing to have been a grand hoax.

The second half of the book presents a commemorative album of photographs taken in space using the Hasselblad 500EL. While the Apollo 11 astronauts left their three cameras behind on the Moon, where they remain to this day, they brought back film magazines containing 1,400 photographs. A selection of the finest of these is shown alongside the mission timeline and transcripts of the conversations between the astronauts and mission control at Houston, completing a beautiful commemorative guide to mark the 50th anniversary of one of humankind’s most remarkable achievements. 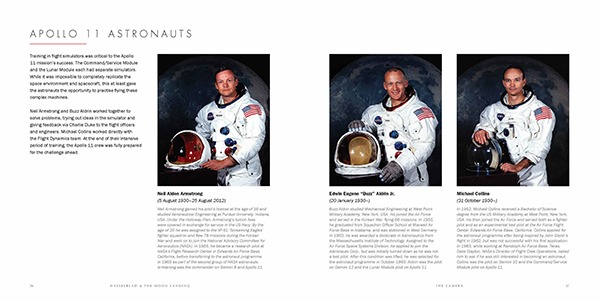 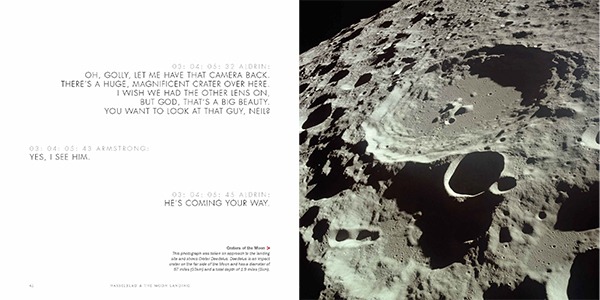 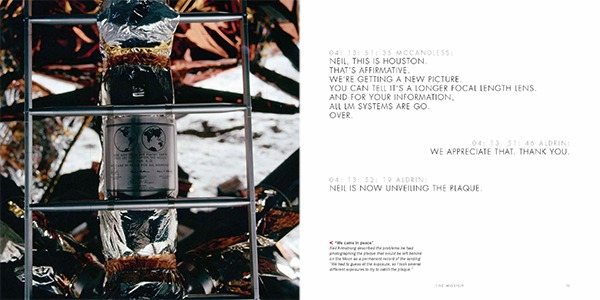