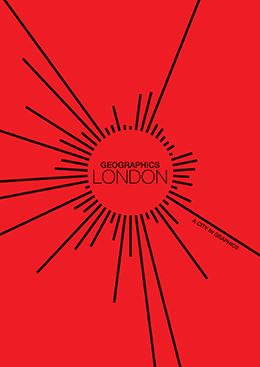 Most people know that London is the capital city of England, standing on the River Thames and home to some of the world’s great landmarks including the Tower of London and Westminster Abbey. What, perhaps, they dont know is that that it has six international airports, 369 train stations, 19,000 bus stops, 21,000 black cabs and 650,000 bikes; that it is the birthplace of the Rolling Stones, David Bowie; that there are more than 170 museums and 20,000 landmarks, which are visited by 31 million tourist each year; and that it is considered a forest, with more than 40 per cent of the city being green space or open water, including 276 nature reserves.

Geographics: London presents an instant impression of the infrastructure, architecture, nature and culture of London, with an array of irresistible facts and figures converted into infographics to reveal the character of a city through the numbers beneath the surface. 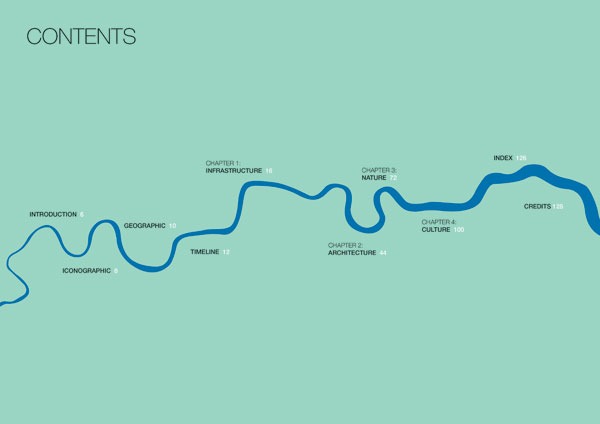 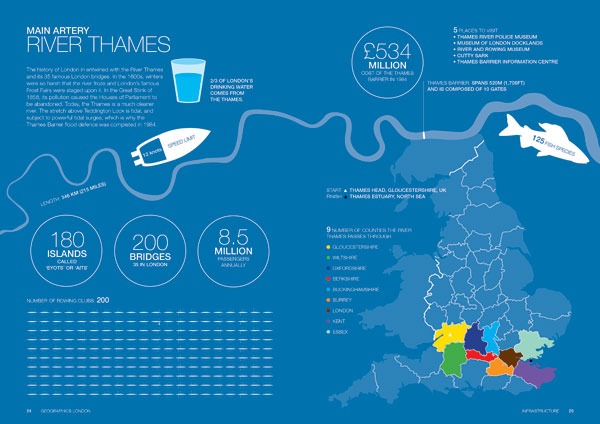 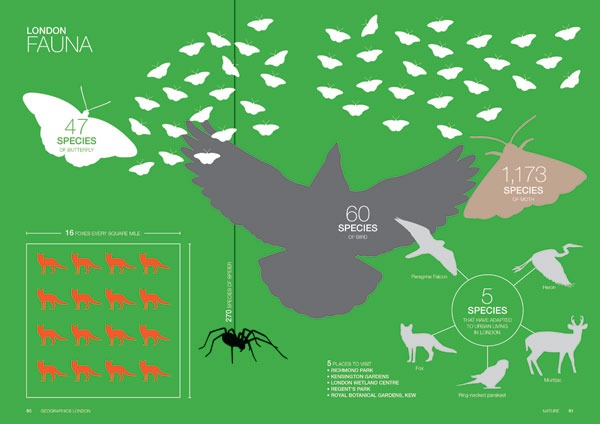 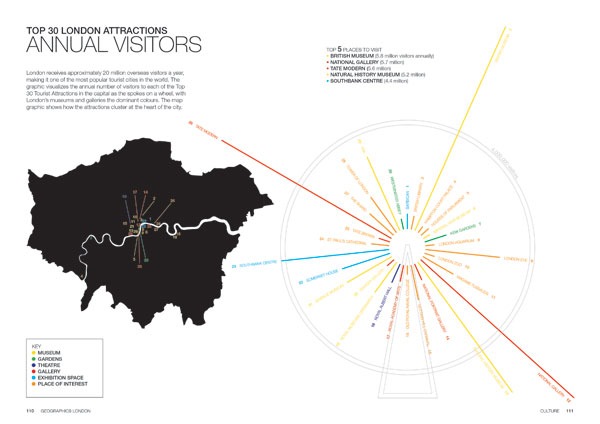