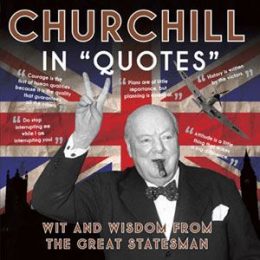 Sir Winston Churchill, statesman, orator and former Prime Minister was a man whose words gave hope and inspiration to the British people, and many are as relevant today as they were during the war years. Churchill’s speeches were not always confined to serious political rhetoric and motivation: his off-the-cuff quips and comments displayed a wry wit and humour. Churchill in Quotes is a celebration of this outstanding figure in British history, presented in 200 photographs hand picked from the vast archives of the Press Association, It covers the major events in Churchill’s life: from his birth and early days at Blenheim Palace to his marriage and the birth of his children; his service in the army, war correspondence and role as First Lord of the Admiralty, and appointment as Chancellor the Exchequer; his formation of government as wartime Prime Minister and the political and cabinet posts held during almost 50 years; his career as a historian and author and his hobby as a sensitive artist; in addition to the many honours bestowed upon him, his decline, retirement and death at the age of 90 and the state funeral granted to him by the Queen. 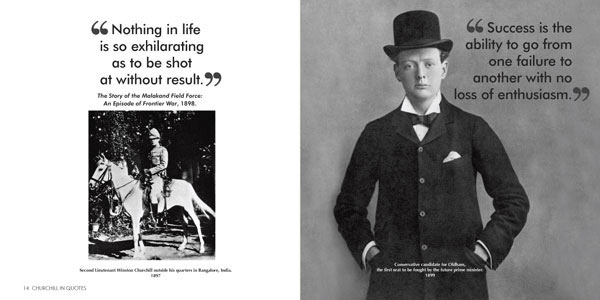 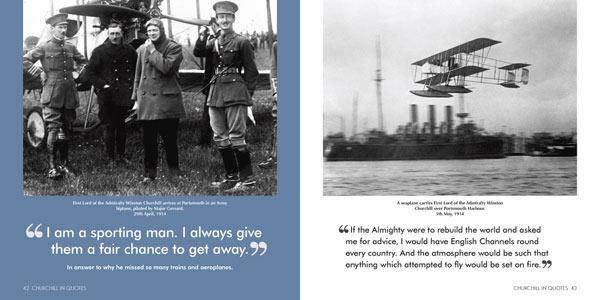 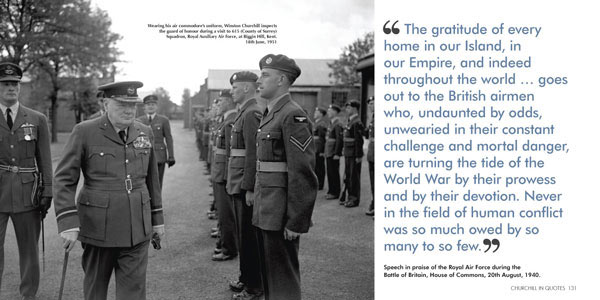