The ‘Biographic’ series presents an entirely new way of looking at the world’s greatest icons. It takes 50 defining facts, dates, and achievements of each subject, and uses infographics to convey all of them in vivid snapshots.

Many people know that the Supermarine Spitfire was one of the finest fighter planes ever designed, an iconic aircraft flown by the RAF pilots known as ‘The Few’ who triumphed in the Battle of Britain, and an enduring symbol of heroism in the Second World War. What perhaps they don’t know is that its designer wanted to call it the Shrew, that there were just 306 Spitfires in active service at the outbreak of the war, that between 1938 and 1947 a total of 20,351 Spitfires were built, and that RAF pilots occasionally used their Spitfire’s wings to tip German V1 flying bombs off course. Biographic: Spitfire presents an instant history of this British fighter plane, with an array of irresistible facts and figures converted into infographics to reveal the lesser-known parts of its story. 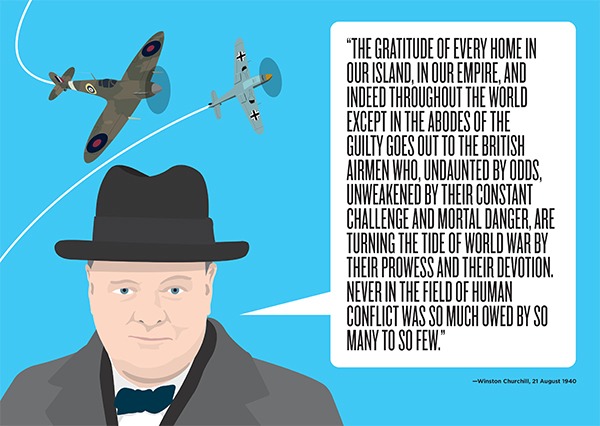