Many people know that Christian Dior (1905-1957) was a French fashion designer, the founder of the world famous fashion house that carries his name. What, perhaps, they don’t know is that he once owned a small art gallery selling work by artists including Pablo Picasso, that he employed a young Yves Saint Laurent as his assistant, that he included a garment in each of his shows named after his home town of Granville, and that he had a superstitious belief in the number 8, with the house of Dior being housed over 8 workshops in an 8-storey building in the 8th district of Paris. Biographic: Dior presents a visual catwalk through his life and work, with an array of irresistible facts and figures converted into infographics to reveal the genius behind the garments. 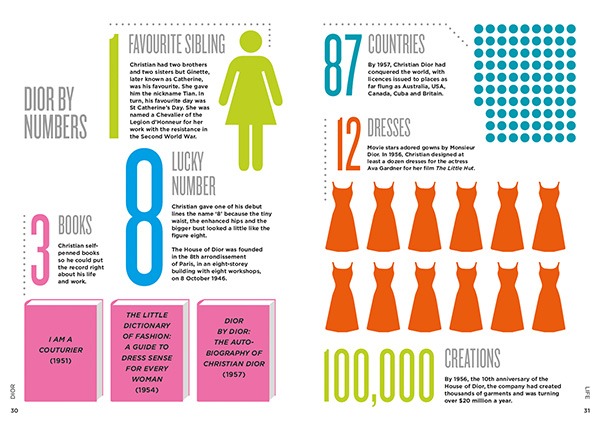 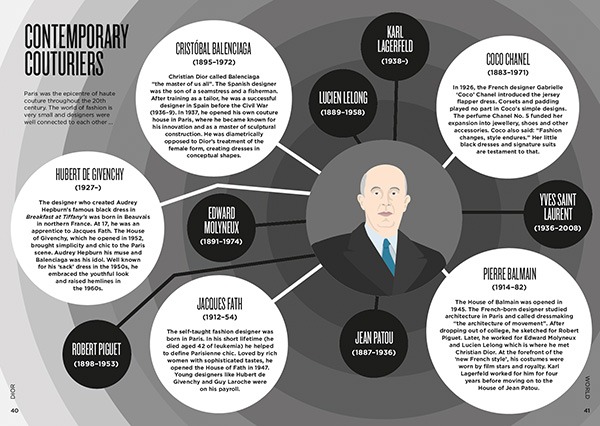 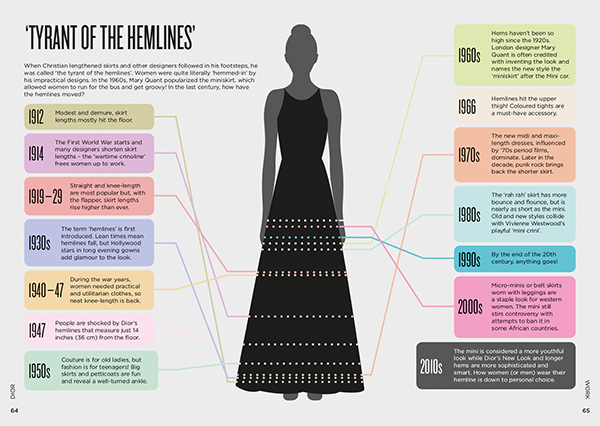 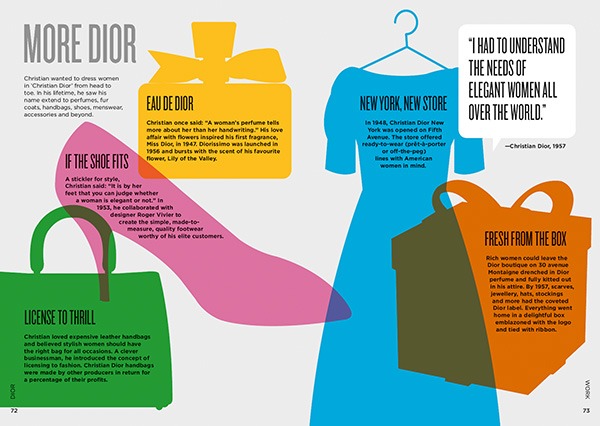